Why doesn't President Bush ask the Canadians or Mexicans? 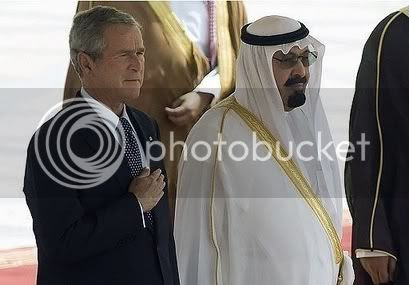 Every once in a while a headline shows up where the U.S. President is asking the Saudis to increase oil production.
See this article
If the Saudis king says no, the press acts as if though the Arabs are controlling the United States. The United States imports just as much from Canada and Mexico (See See U.S. Energy Information Administration website, yet why doesn't the President ask these countries to increase oil production? If he does, how come the mainstream media doesn't report on it.