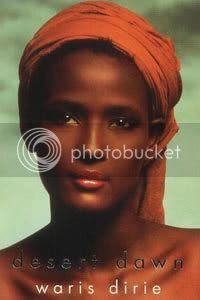 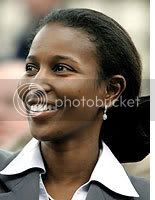 I wonder which name is more well known around the world? My guess is Ayaan Hirsi Ali is more well known. They are both Somali and have experienced FGM and both ran away from home when their fathers tried to arrange marriages for them to older men. They both are activists who want to stop the practice of FGM and improve women's rights.
How they differ is that Ali became a Dutch member of parliament, while Dirie became a fashion model. Dirie is a Muslim, while Ali is no longer a Muslim. They also differ in that while Dirie only talks about FGM and women's rights, Ali talks politics and often voices biased and misinformed arguments concerning the West and the Muslim world. In other words, when discussing politics, Ali says what Westerners want to hear, not an honest and balanced criticisms of boths sides of the issues.
Since Waris Dirie is not as popular, in the media as Ali, here is something about her life http://www.hcc.hawaii.edu/~pine/Phil110/waris-dirie.html
She was a UN goodwill ambassador in the fight against FGM. I don't know if she is still working with the UN, since I have not seen her in any media reports recently. She has a foundation that campaigns against FGM. see here http://www.waris-dirie-foundation.com/web/e_index.htm
Posted by RandallJones at 6/11/2007 02:05:00 AM